HomeTrivialWhat is the Symbol of Yoga? 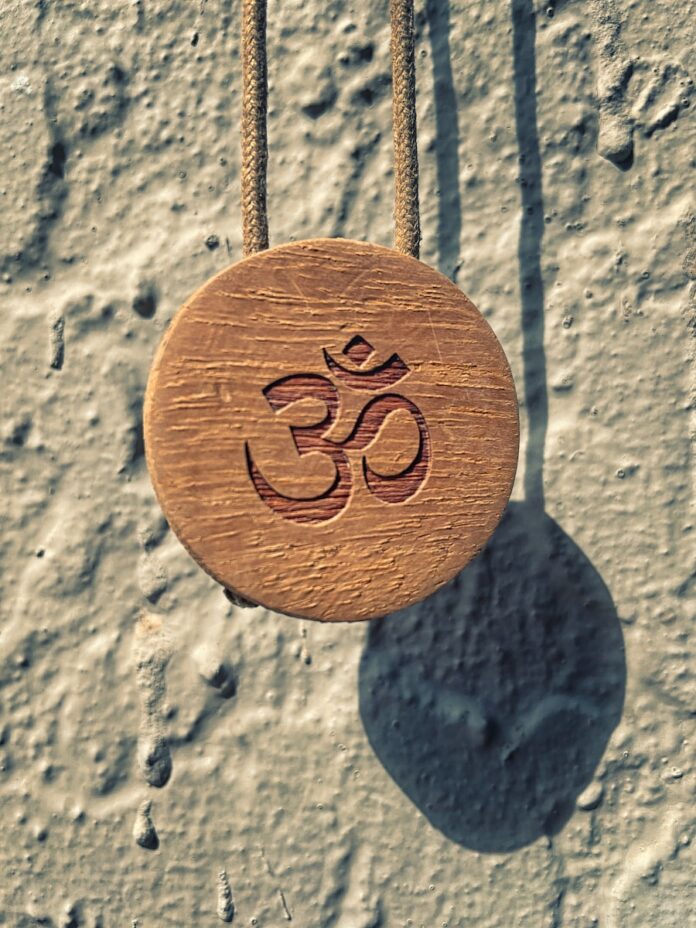 Symbols can be found in many forms. The most common forms are Mandala, Chakra, and Trident. These symbols are used to represent different aspects of a person or organization.

Using mandala as yoga symbol can be a good way to boost your meditation practice and get closer to the divine. It is believed to provide a connection between you and the universe. The design can also help you focus on your journey.

In Sanskrit, the word “mandala” means “circle.” The word is also pronounced MAHN-dahl. It has been used as a spiritual teaching tool in Buddhism. The symbol is said to bring positive energy to your mind and body.

In the yoga world, a mandala represents the wholeness of the universe. Its purpose is to draw you closer to the divine and to help you understand your journey. It can be a decorative wall hanging, jewelry, or photo.

The mandala has many different meanings. The most important is that it symbolizes harmony and balance. The outer layers of the design represent the realm of the spiritual, while the middle layer represents the physical levels of life. The center dot consecrates the Mandala to a specific deity.

The Om symbol is another example of a mandala. Its significance is akin to a dream state. It is said that humming the sound can help you open your third eye and connect to the universe.

A hamsa is another yoga symbol that can boost your meditation practice. It is usually displayed with the right hand with two open thumbs. It is thought to ward off evil. It is also associated with luck.

Having a mandala can help you calm your thoughts, provide a spiritual connection, and show you guidance for your future journey. The designs are very visually appealing. You can hang them on your wall or wear them as a bracelet or necklace.

Symbolizing the divine feminine, the Hamsa is a powerful symbol. In many cultures, it is thought to bring luck, ward off evil, and protect against illness.

The symbol is often associated with new age movements. But it also holds an important place in Hinduism. It is a symbol of spiritual awakening, protection, and expansion.

The ok hand is another yoga symbol. It is a chin mudra, which is a gesture that helps promote the flow of energy within the body. The ok hand is usually performed by placing the tips of the index and thumb fingers together. The position of the thumb and pinky fingers varies by culture.

The Hamsa Hand is one of the most popular amulets in the world. The symbol is often displayed on wall hangings and jewelry. Some people believe that it helps protect against the evil eye. Other people believe that wearing the Hamsa hand can help ward off negativity and bad energy.

The symbol also has an important connection with numerology. The number 108 is said to be an auspicious number. The distance between the Earth and the moon is 108 times the diameter of the Earth. Add that number to nine, and you have a number that is associated with altruism, good luck, and higher spiritual truth.

The symbol of the Hamsa has a long history. It originated in ancient Mesopotamia and is now found all over the world. It is believed that the hamsa represents the divine feminine, and it has been a favorite good luck charm in the ancient Middle East.

The Om symbol is the most commonly used yoga symbol. It is often chanted at the beginning or end of a yoga class. The symbol represents the primary goal of yoga. It also connects yogis with the divine force of the universe.

Another symbol is the Throat Chakra Symbol. This symbol is made up of sixteen petals. These petals represent the sixteen vowels of the Sanskrit language. It is also sometimes written with the sacred syllable VAM. The syllable symbolizes the unhurt heart.

The Muladhara symbol is located at the base of the spine and provides a stable structure for the chakra system. It is also responsible for the feeling of security. The Muladhara Chakra is also known as the Root Chakra. It is the birthplace of human consciousness.

The Solar Plexus Chakra is associated with energy, the sun and fire. It is represented by a yellow lotus with 10 petals. This symbol is also a downward-pointing triangle. This symbol symbolizes the merging of masculine and feminine energies.

Whether you are a novice or a seasoned practitioner, yoga symbols are a useful tool in your meditation practice. They can be found in many forms, from jewelry to wall hangings, and can help guide you to a more relaxed and introspective state of mind.

The Om symbol is the most common yoga meditation symbol. It is a Sanskrit symbol consisting of the letters A-U-M, or “Om,” which means “as the universe (or the divine) is.” It is often chanted at the beginning and end of class, or in meditation. It is also used in other yoga related rituals.

The trident is an ancient Indian weapon and represents three of the five states of creation. Its three prongs represent the power, wisdom, and will of the Hindu trinity. It is also associated with the gods of the seas. The Greeks called the god of the seas Poseidon, who later became the Roman god of the oceans, Neptune.

The trishula is another trident-like device. It is a short-handled weapon, or cabang, and is usually bladed. It has a number of uses, but most notably it is used to worship the goddess Guna Devi.

The trident is one of the oldest talismans in Indian civilization. It is used as a weapon by the gods, as well as to kill evil demons.

The trident is not a magic bullet, but it is a useful item in a practitioner’s arsenal. Practicing the yoga of meditation and the various techniques of asana helps to elevate your consciousness. You can earn a personal trident of excellence in the process.

While you are looking at yoga symbols, you might want to try out the ole’ fashioned ok hand gesture. This symbol can be done by touching the tips of your index fingers to the tops of your thumbs. It is also known as the chin mudra, and aids in the flow of energy in your body.

Often referred to as the Wheel of Law, the Dharma Wheel is a highly significant symbol in the Buddhist religion. It represents the law and rule of Buddhism, which includes the Four Noble Truths. The cyclical movement of the wheel symbolizes the cycle of life in the world.

The wheel is also one of the most important symbols of Hinduism. In fact, the Hindu god Vishnu is typically shown carrying a wheel. He is considered a protector of humanity and is responsible for restoring order to the world.

The wheel is used as a symbol of wisdom, knowledge and morality. It also serves as a tool to defeat ignorance. The wheel is also a powerful weapon in the hands of Hindu deities.

The wheel is usually a circle. This shape is recognized across all traditions as a perfect shape. Using the dharma wheel eliminates ignorance and improves the quality of life. The wheel is also a symbol of fast spiritual transformation.

The Dharma Wheel is not only a symbol of Hinduism, but is also a symbol of Jainism, Buddhism and many other religions. It has been around for over a thousand years. It continues to lead people to enlightenment. The Dharma Wheel is found in various cultures and is especially popular in Tibet. It is now used to make jewelry and other useful items.

How to Do Wild Thing Pose in Yoga

How to Do Scorpion Pose in Yoga

The Benefits of 4 Person Yoga Poses

How to Do Scorpion Pose in Yoga